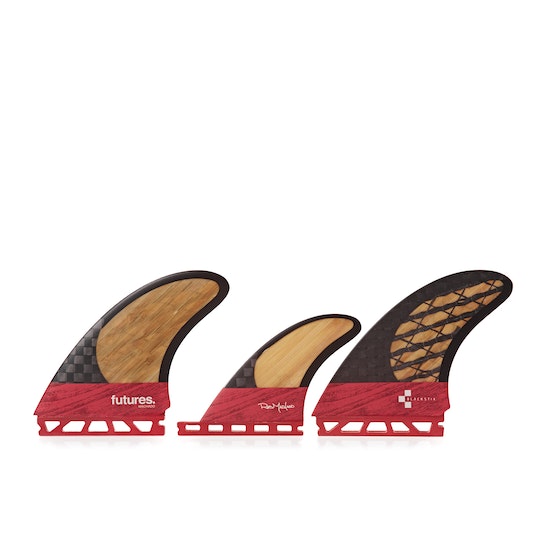 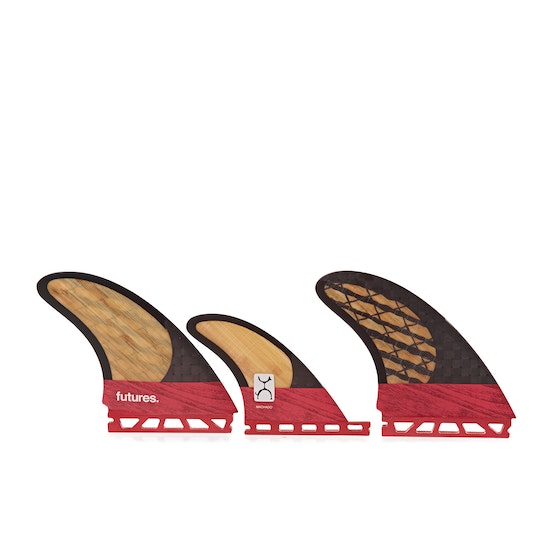 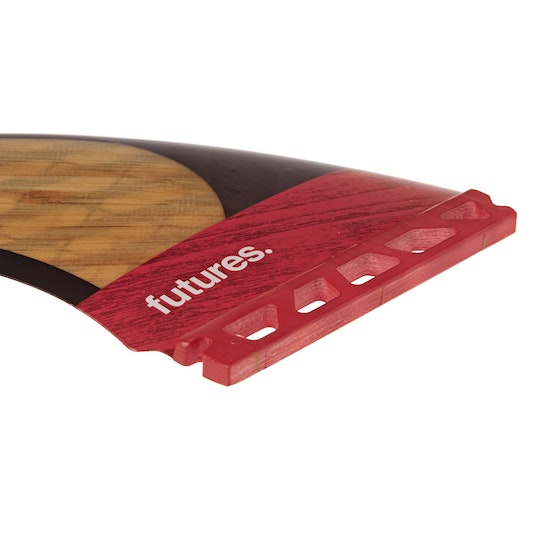 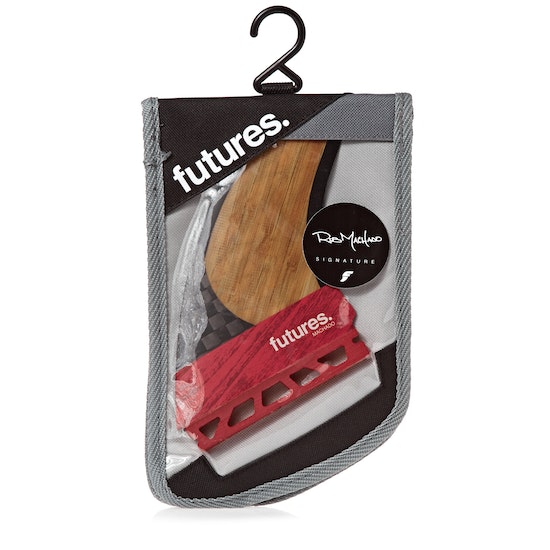 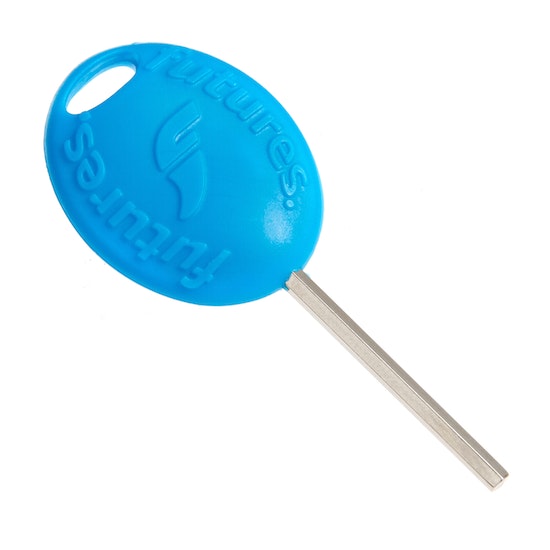 Got a need for speed? Designed by Rob Machado, renowned style master and leader of the fish revival, the Blackstix 3.0 Twin + 1 by Futures is very possibly the fastest set of fins in existence. They’ll go great on any vaguely fishy board with Futures fin boxes; use with the smaller trailing fin for added stability and thrust.

When riding a wave you’re either trying to generate speed or control it, a fact reflected in the Futures Ride Number scale, which goes up to 10. Lower numbers indicate a fin that will help you control speed in powerful waves, higher numbers a fin that will help you generate it in weaker waves. With a 9.8 ranking, this fin could hardly be any more speed-oriented; it’s highly springy and responsive, providing a boost of acceleration with every change of direction.

This is partly down to the Blackstix construction. Asymmetrical carbon panels strengthen and stiffen the whole of the fin on the inside but only halfway up on the outside, lending the fin more and more flex toward the tip and imparting a uniquely lively, snappy feel. Meanwhile two layers of unidirectional carbon have been incorporated into the base, positioned at a special angle that controls the fin’s torsion.

Extra lift comes form the V2 foil – that’s the fin’s inside surface, which is curved near the trailing edge to improve water flow. 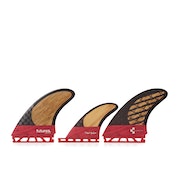